Archived beanie, abandoned Basque, hat you’ll want to wear this spring will (only) the baseball cap. He is the new hairstyle chosen by influencers and fashion editor to the latest fashion weeks in New York, London and Milan. Much more comfortable than a styling and much more cool of a new short haircut, the hat with a visor this Spring Summer 2017 PURE trend. But how to wear it in the routine of day-by-day avoiding the effect bad girl in high school? Try to match it to be business woman coats with shoulders 80s style Miroslava Duma, or look at the last trench + hoodie 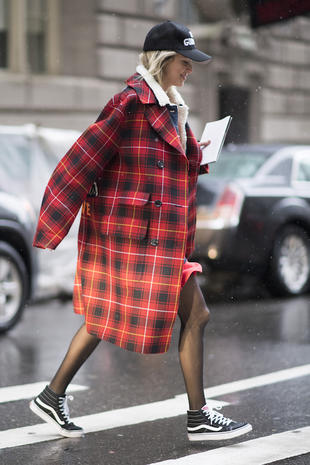 NEW YORK, NY – FEBRUARY 12: Helena Bordon is seen wearing a red coat from Gucci seen in the streets of Manhattan after the Victoria Beckham show during the New York Fashion Week February 2017 on February 12, 2017 in New York City. (Photo by Timur Emek/Getty Images) 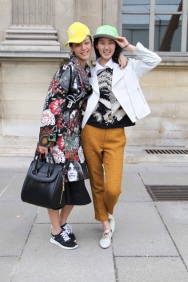